By Sofia Bartlett, PhD, Senior Scientist for Sexually Transmitted and Blood-Borne Infections (STIBBI) with Clinical Prevention Services at the BC Centre for Disease Control

While people in prison are often considered to be a ‘captive audience,’ the reality is that there is considerable and frequent movement in and out of BC Provincial Correctional Centres. These frequent movements result in gaps in continuity of care for people who experience incarceration who are living with a chronic health condition.

As a result of this, the not-for-profit organization Unlocking the Gates Services Society (UTG) was founded, to help mentor and support people who are being released from provincial custody and link them to care back in the community. But something that UTG and their clients persistently struggle with is the ‘digital divide.’ This is a term that has been coined to describe the growing gap between members of society, such as people experiencing poverty or homelessness, who do not have access to computers or smart phones or lack internet access and digital connectivity.

The digital divide has created additional challenges since the COVID-19 pandemic began, as more organizations have moved to delivering their services virtually or remotely in order to protect staff and clients. For many people leaving provincial prisons, they don’t have a cell phone or any financial resources to pay for calling or texting credits, which leaves healthcare providers unable to contact them to organize appointments or provide care. This also creates additional challenges for the healthcare providers working within BC Provincial Correctional Centres, as they are unable to make referrals to services after release or provide transitional care plans to their clients.

Sexually transmitted and blood-borne infections (STBBIs) like hepatitis C virus (HCV) are much more prevalent among people who are in prison, compared to the overall population in Canada. Accordingly, the Blueprint to inform hepatitis C elimination efforts in Canada produced by the Canadian Network for Hepatitis C (CanHepC), identifies people who have experienced incarceration as a priority population to link to HCV testing and treatment. And as BC Mental Health and Substance Use Services (BCMHSUS) now provide healthcare in all 10 BC Provincial Correctional Centres, and HCV testing and diagnosis in these centres has improved considerably in the last four years, there was a greater need to find ways to make the connection to HCV care after release from prison more efficient and effective.

So, with funding and support from the BCCDC Foundation for Public Health, a team from BCCDC, BCMHSUS, BC Hepatitis Network and UTG came together to create and launch the Test, Link, Call Project (TLC). This Quality Improvement project aims to increase the proportion of people affected by HCV infection who connect to a community HCV treatment provider after release from BC Provincial Correctional Centres.

This is achieved by creating a Transitional Care Plan (TCP) for each participant before release, then providing them with a cell phone that has an unlimited calling and text plan for six months on it, on the day they are released from custody.

Experienced Peer Support Workers from BC Hepatitis Network provide HCV patient navigation training to UTG Peer Mentors who have lived experience of incarceration. This allows the UTG Peer Mentors to meet participants on the day they are released from custody, give them their new phone and help them set it up, then provide on-going support with HCV medication and appointment reminders, as well as assistance with transportation and other needs.

By providing TCPs, cell phones, and peer support and mentoring to people as they are released from corrections, we aim to increase linkage to care and HCV treatment uptake among this priority population, as well as aid in successful re-integration back to the community.

This blog was first published on the BCCDC Foundation website 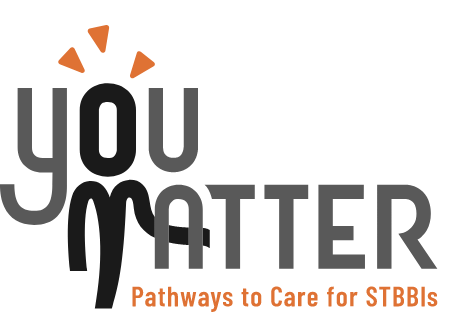